A Lot Of People Have Asked Me To Advise Them About Places For Their Own Trips To Shanghai, These Are My Favorite Temples And The Ones You Must Visit To Have A Life-Changing Experience In This City.

Shanghai is one of the four municipalities under the direct administration of the central government of the People’s Republic of China, the largest city in China by population, and the second most populous city proper in the world. It is the country’s biggest city and a financial hub. And to mention its main, which is known for many things like the Great Wall, Ancient Forbidden Cities, Noodles and Buddhist Temples – it is like all about temples and most of them looks the same but not all are created equal.

If you have checked my Instagram I am always visiting or giving a tour on the most iconic places in the city, and as much people have asked me to advise them places for their own trips, these are my favorites and the ones you must visit to have a life-changing experience in Shanghai.

The Longhua Temple is Shanghai’s largest Buddhist and the oldest temple in Shanghai, that has a remarkable history (from the story of human remains and executions, popular cinema and peach blossoms) and the pagoda is the only one in Shanghai that existed before modern times. It has a main south to the north axis along which five of the buildings are located. 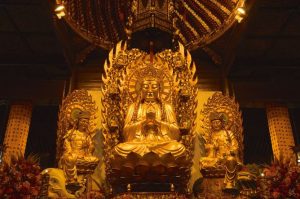 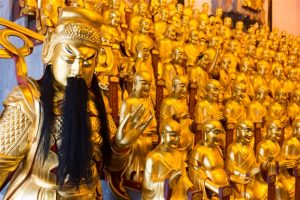 It isn’t clear when a temple was first built in the location, but it is thought that some buildings and the Longhua Pagoda were built during the era of the Song Dynasty. The brick tubular shell of the pagoda is said to have been first built in 977. The wooden staircase and the 7 roofs are said to be of recent construction.

Most of the current buildings are thought to have been built in the middle to the late 19th century during the Qing Dynasty era. There was a major reconstruction effort in 1954. With the help of donations from wealthy Overseas Chinese, a lot of money has been spent on restoration and upkeep, so the whole complex is well refurbished and well decorated.

City God temple is the most significant Taoist temple in Shanghai – the Chinese name of the temple Chenghuang in Taoist means the “guardian of the city”. It is the most important religious building in the whole of Shanghai. It consists of nine halls where various statues of immortals that are believed to be in charge of a certain aspect of human life, such as luck, mercy and wealth.

Originally built in the 15th century, the temple is now dedicated to three city gods (Huo Guang, Qin Yubo, and Chen Huacheng) and is a popular spot to visit during Chinese New Year in order to ring the temple bell and gain good fortune. Today’s Town’s God Temple serves for Zhengyi sect of Taoism, occupying an area over 2000 square meters and including nine halls namely; 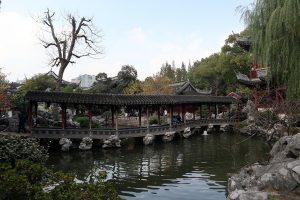 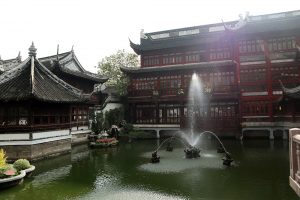 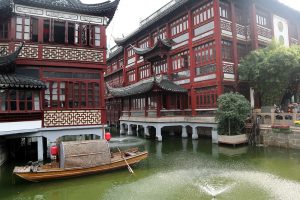 With the temple as the core, the old town of Shanghai has formed a well-known City God Temple Scenic Region. Inside it, there are representative classic Yu Garden and a world of handicrafts and traditional artworks Yuyuan Market. They both are a step away to City God Temple. As a result, the locals and visitors usually go to the temple and the market after they finish touring Yuyuan Garden.

Take metro line 10 and get off at Yu Garden Station. Leave from exit 3. Walk south along South Henan Rd. for five minutes and then walk east along Middle Fangbang Rd. for another five minutes to the temple.

Yu Garden or Happiness garden is believed to have been built in the Ming Dynasty, more than 400 years ago. It has a classical Chinese architecture, exquisite sculptures and carvings, and the busy Yuyuan Bazaar. And it is composed of six scenic areas such as: 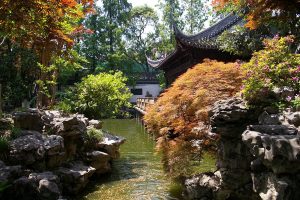 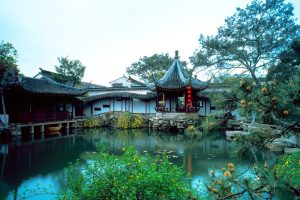 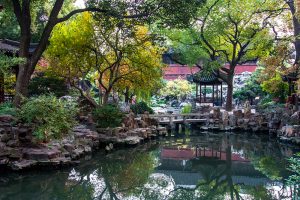 It was a private garden of the family in the Ming Dynasty. It was the largest and most prestigious era in Shanghai after it was completed. The garden is unique in its design. It perfectly blends decorative halls, elaborate pavilions, glittering pools, zigzag bridges, pagodas, archways, and impressive rockeries.

Take Metro Line 10 and get off at Yuyuan Station. Leave from Exit 1.

Jing’An temple is one of the few you’ll probably see before you know what it is. Impressive from the outside with imposing walls, it is actually one of the less interesting inside – but still worth a look.

It has a long history, originally built in the 3rd century, it was moved to its present site in the Song Dynasty, destroyed in 1851, rebuilt, turned into a plastics factory during the Cultural Revolution and renovated back into a temple in 1983. It is undergoing constant renovation but its Song Dynasty architecture is beautiful and the temple is popular with tourists and practicing Buddhists alike. 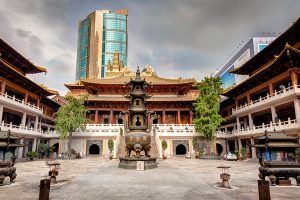 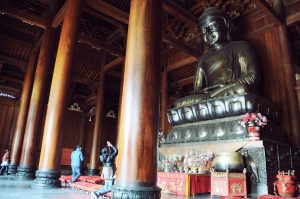 Take Subway Line 2 or Subway Line 7 and get off at Jing’an  Temple Station. Leave from Exit 1 to get to the temple directly.

Jade Buddha Temple (Yufo Si) is the famous Buddhist Temple in Shanghai. As with many modern Chinese Buddhist temples, the current temple draws from both the Pure Land and Chan traditions of Mahayana Buddhism. It was found in 1882 with two jade Buddha Statues imported to Shanghai from Burma by sea. These were a sitting Buddha (1.95 meters tall, 3 tonnes), and a smaller reclining Buddha representing the Buddha’s death. 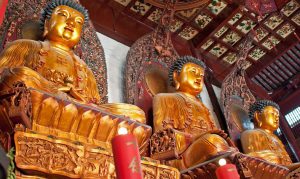 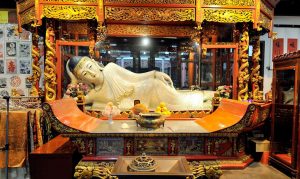 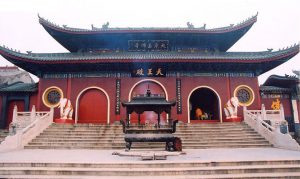 The temple now also contains a much larger reclining Buddha made of marble, donated from Singapore, and visitors may mistake this larger sculpture for the original, smaller piece. While the complex is small, it is interesting to wander through and has a number of halls to stop and peek in:

The centerpiece is, of course, the Jade Buddha located in its own hall (extra 10 RMB entry) at the back of the complex. Totter up the well-worn stairs to have a look at the nearly 5 foot (1.9m) tall pale-green Burmese jade likeness.

Take Metro Line 13 and get off at Jiangning Road Station. Leave from exit 4 and then walk southward for about five minutes to the Temple.

As most of the tourist say, it is a place to escape city crowds where you enjoy calmness, scenic views, and foods.