Gond paintings is a form of painting from folk and tribal art that is practiced by one of the largest tribes in India. With whom it shares its name. Gond comes from the Dravidian expression, Kond which means ‘the green mountain.’

While Gond paintings are considered to be predominantly from Madhya Pradesh, it is also quite common in Andhra Pradesh. It is also common in places such as Maharashtra, Chhatisgarh, and Odisha. Gond art has become so predominant that the Government of India has stepped in to preserve their art form for future generations to enjoy.

In today’s world, we live in a fast movement, if we want to live in complete calm, the best thing is to literally move to the countryside. The place that needs us the most. As many species are dying and disappearing, which is a fact we tend to forget. Not only for pollution but by the quantity of plastic we are consuming daily. Its also because our cities are getting every day more tech advanced and we are developing our lands little by little. Thus, killing our mother earth. 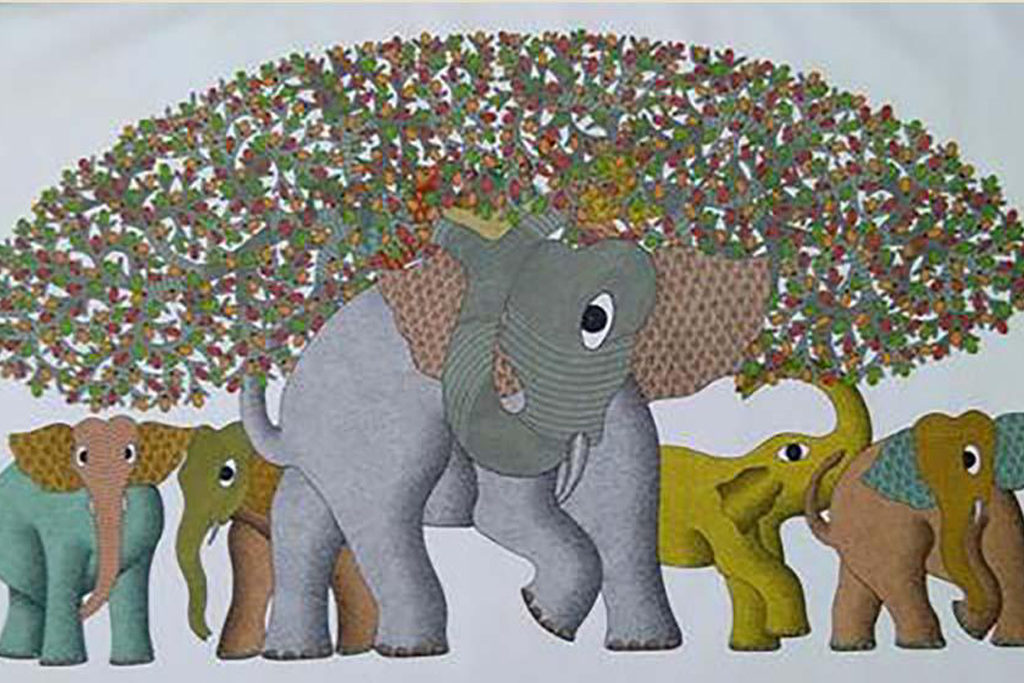 Has this amazing collaboration with Santosh Maravi and I couldn’t say “no” to joining. Santosh is not only a Gond artist, but his paintings also bring art to a conversation about today’s age. Most of his art has something to do with the disappearing of forests and/or animals losing their homes.

Gond paintings is best be described as “on line work”. The artist ensures to draw the inner as well as outer lines with care as much as possible so that the perfection of the lines will have an immediate effect on the viewer. Lines are used to convey a sense of movement to the still images. Dots and dashes are added to impart a greater sense of movement and increase the amount of detail. 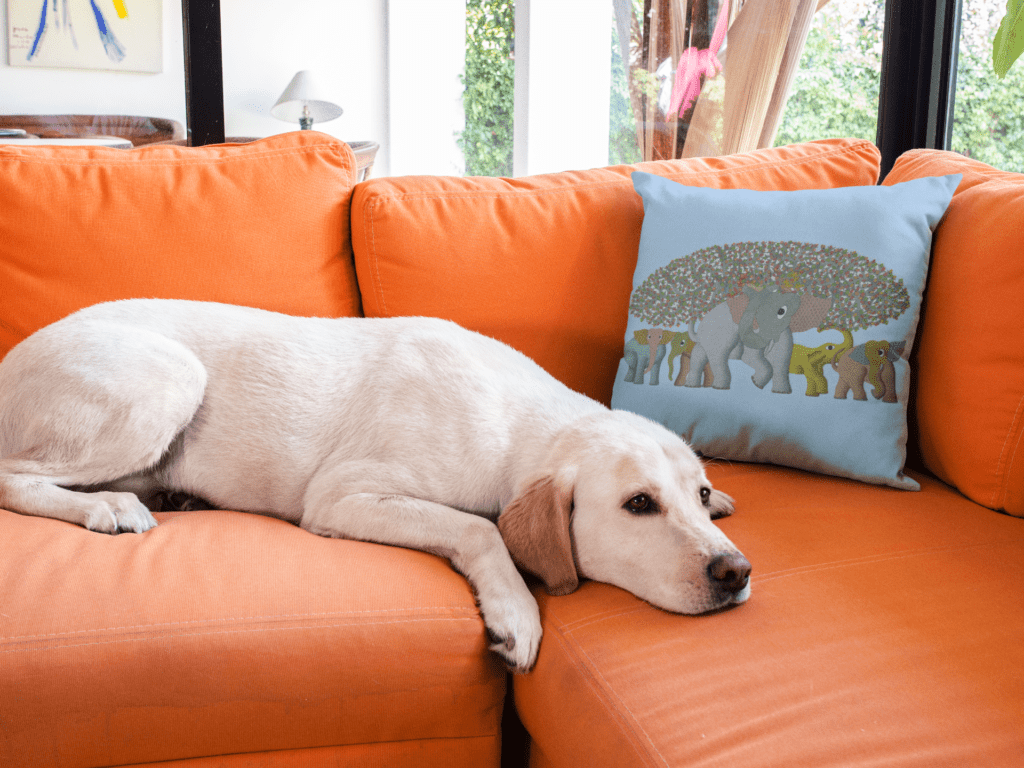 Another very striking facet of Gond paintings is the use of bright vivid colors such as white, red, blue and yellow. The paints are usually derived naturally from objects like charcoal, colored soil, plant sap, leaves, and cow dung.

We know environmental art has existed since the Paleolithic ancestors began painting their adventures from the caves. Many environmental issues facing society demand considerable public realization of whether to engage in debate or change opinion and behavior.

Pieces of art with a meaning can play a key role at micro-scale, not only because they make you think, but also because they arouse discussion around of “what they mean” when someone asks “where did you get it” or when you come up with a “be careful” because of the meaning of the piece you are placing on your house space.

Following the Artwork Archive “With a work of art, you can sense the time, effort, and skill that went into its creation. You may have even gotten the chance to meet the artist in person or hear the story behind the work. Even if you haven’t met the artist in person, seeing fingerprints and brush strokes of his work serves as a reminder that the person behind the work of art” is totally true!